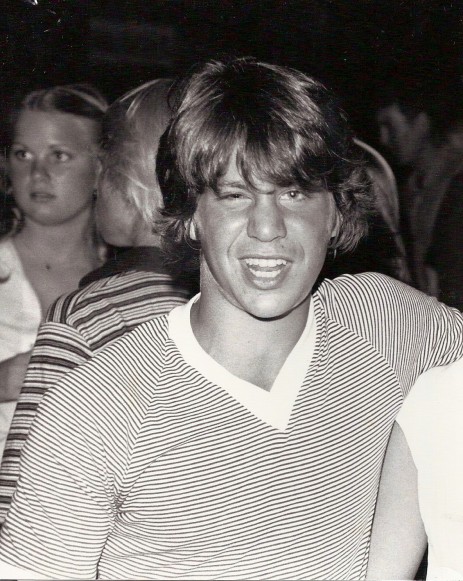 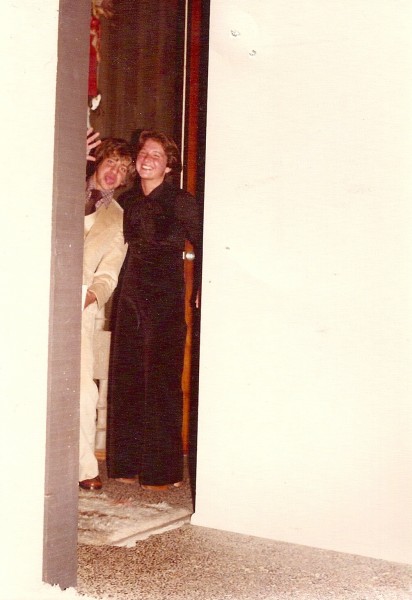 Biff and Paula in tan corduroy and black

I asked Biff to many parties and he was my homecoming candidate date. He was just the right size, though I think I had about ten on him at the time when he was wrestling at his banter or is it bantam? weight. He was my prop man for chair seats when he was a yell leader, and there’s nothing like straddling a man between your thighs to feel powerful, I’ll look for a picture.

One party we were ants. We, that is I, dyed pillowcases black with rit dye and we wore these with black tights. This particular night ended early for me with Dave Wood holding my head in Karen Kokjar’s bathroom after whatever nasty thing Biff had provided, maybe peppermint schnaps. Dave got me home to Dean and Ginny while Biff stayed for the party. I don’t think Biff and I ever made it to a goodnight kiss. 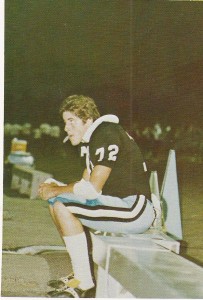 Biff and Dave will always be together because I think they both still live near each other out south somewhere. Or, at least I still always see them together, so I think this. Before John’s Pembroke 10th Reunion Guys Night, we were having pre-party at JJ’s and met up with Biff and Dave, spending the rest of the evening there.  There is nothing better than getting your husband and high school buddies together, especially if all from Kansas City. We also connect through Gary Pener at Tivol’s somehow, running, construction, Pembroke, kids, don’t know how it all fits together.

Dave is a particular holdout, but I feel he has always been very interested in how women’s minds work. I remember a particular discussion in the Graves living room (sans furniture, I think it was being re-upholstered) with Kathy Kindred late at night when the Graves were out-of-town. I won’t get into particulars but actually this wasn’t about women’s minds, but it was flattering that he was so curious. With his family background in design, (father Hagemann and Webb Interiors in Crestwood with a monkey in the office, see June Cavannaugh) he had a high standard for women. But, he noted after his Colorado stint that you shouldn’t get too enamored with beautiful women there until after they’d raised their arms.