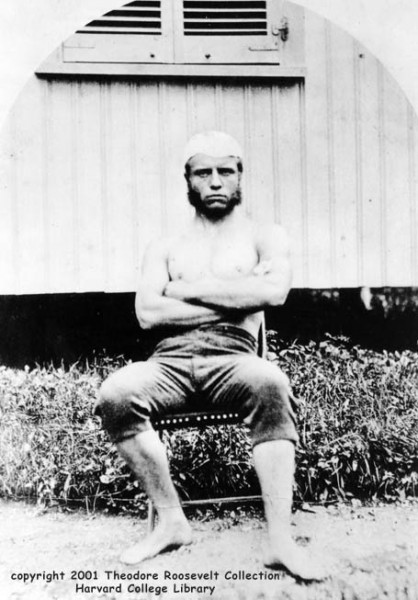 Teddy Roosevelt. Had the importance of the look down early on.

” I have always been fond of the West African proverb:  ‘Speak softly and carry a big stick; you will go far. ‘ “

-written by Teddy Roosevelt in a letter; 1900, the year before he became President.

He repeated this in a speech as President in Chicago in 1903, and twice again in his writings, but each time it was “speak softly.”

He made the statement in regard to foreign policy.  It meant to speak politely or diplomatically but have the forces to make our position meaningful.

Teddy’s belief was that words and actions that went unvalidated would only attract frustration and scorn.  And, that ’empty words’, ‘broken promises’ and ‘unfulfilled actions’ would not offer protection even with a ‘big stick.’  Self-respect had to be earned through hard work and determination.

I think that this can be applied to other forces on this earth. Specifically here, that God in one form of analysis, made two different models of human beings. They are, in some ways, different. And that is a good thing. A great combination of energy, a unity and friction that will always exist.

How I am applying to some of my “person” now.

I have been working on speaking softly and having boundaries.  I also like to wear heels and boots, and at times, to wear red lipstick.  So, my mind keeps putting together these two ideas  because of Teddy’s phrase and (completely unrelated, at least in my consciousness), I was compelled to buy a classic red chanel  à la Mac lipstick last week. 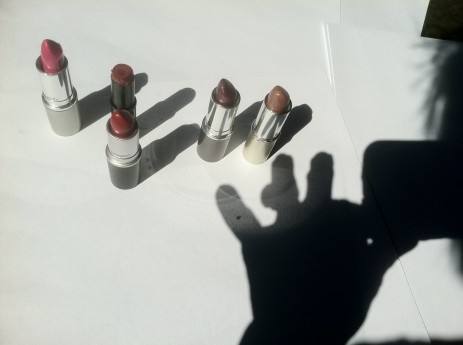 Someone else has probably already said it before me, but I couldn’t find it in brainyquotes, and this keeps recurring in my mind.

‘Speak softly and wear red lipstick; you will go far.’

I have thought about this for a while before saying it or writing it. I am often misunderstood by speaking too soon, before I have thoroughly given it thought about what I am saying and I really don’t like that. That is, if someone takes it at face value and latches onto the idea that women will speak softly but use their femininity to control in a negative way, what is theirs to control, it would bother me.  And control, when and if we truly can, can get mixed up with manipulate. So, here are a few thoughts…

When I am excited, on task, caught up in humor, in a hurry, all kinds of reasons, I often do not speak softly. It is often more forceful, more urgent, full of unbridled energy.  Sometimes when I have spoken softly, it was because I was a doormat and not wanting to take a stand. I did not know how to do it because I did not have the skills to say it with edit, with proper tone, with well-chosen words.  That took hard work and determination on my part, to get the self-respect I had not earned.

Of course, red lipstick I see as using feminine strengths, whether it is a man or a woman wearing it.

I do not see dressing nicely, painting pretty colors on lips or eyes to highlight features, or wearing shoes that make me feel rugged or statuesque (and this isn’t easy for me!) to be anything negative.  I like color, form, design, masks, costumes.

my plague and my gift

forever in my mind

even if I am blind

I will see it.

I’m not intending to misuse or entrap or mislead, I am 51 and I will enjoy this, what others may see as vanity,  until I die. It is for me.

On occasion, I have crossed the line in judgment of a given region or time or field of perception.

And, we are different but also the same.

It is no different than the contra-fairer sex deciding what facial hairs to keep, to shave or wear  a ponytail, to boots or birkenstocks, to freshly clean t or tattarsall. We are all actors and put on this earth to play his roles. It is not superficial to bathe and clothe to fit the gig.

Lipstick versus Drawing lines and listening and reading and prioritization.

There are so many other skills and strengths that I was given to work, so this is a small outer pleasure that became so seemingly unimportant in the big scheme of time and how I used my day.  I lost site of this as being something that mattered to myself or to anyone else. I see now that it does give me pleasure. And pleasure is not a bad thing. We were meant to have joy and fun.

I try to find each day a different way or action to do the hard or not-so-hard work to earn self-respect. To put forth good with no expectations by using what God gave me.

And it is work, at least for me, to give up control, to give up trying to force something to happen. I have to examine my motives, to see if I’m giving or doing to get something back in return that is off-balance. I have to reign in the inner forces to, as Teddy said, “to have the forces to make our position meaningful.”

But today, I have put some things into practice and have gone far.

And, I was told to wear red lipstick.

I know, Teddy, with his gifts of words, action, and style, would get it.

One comment on ““Speak softly and carry red lipstick.” And please let me explain…I hate being misunderstood.”