If Ya Gotta Go Sue-ioux….make mine a Blond German from Copeland. 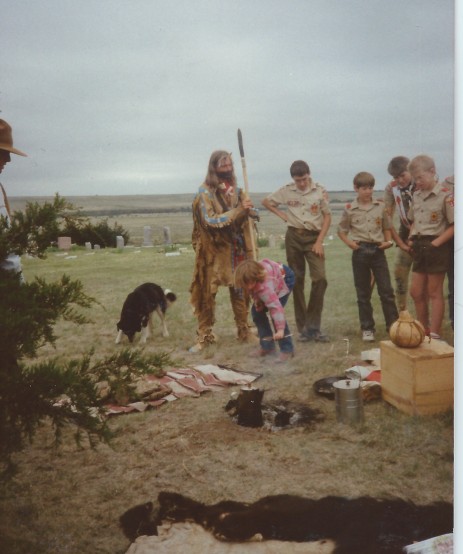 We had two Folk Arts Festivals at a one-room Schoolhouse south of Meade, Kansas. There were over a 1,000 people in attendance at the first, and this was on the day of a huge rainstorm. It’s always time to party when it rains in southwest Kansas.

We wrote a Grassroots Arts Grant to fund it, which mainly consisted of

PS What I most remember about Ken, who had icy blue eyes and curly blond hair, was his comment about dating.

He worked with his father and spent a lot of time on a tractor when he didn’t have a part in any PBS documentary. [I thought this was pretty impressive and indicative of his ability to model behavior since he was blond and I hadn’t thought this was a genetic trait. But in hindsight, since he was also German, maybe there are some characteristics of similarity between the two cultures, dunno. Please forgive me if I’m offending anyone here with broad generalizations about cultures or early tribes of origin.]

So back to his comment. He said that he needed a wife because the women did the beadwork. I didn’t take this wrong, he just needed a support system and later found a wonderful person.

I’m not sure who did the tanning, that also appeared pretty time consuming. I believe the men exclusively historically did the large animal hunt, but maybe someone else has a few random stories to tell…

I don’t bank on anyone’s history about who did the designs….when has labor ever not put their mark on their handiwork regardless of whose signature is on it, whose body wears it, or who funds it? 🙂

That’s called “Making something beautiful is worth doing well.” It sometimes takes a lot of spirit to get the job Done.