Art IZ for Everyone! Who is the Art? 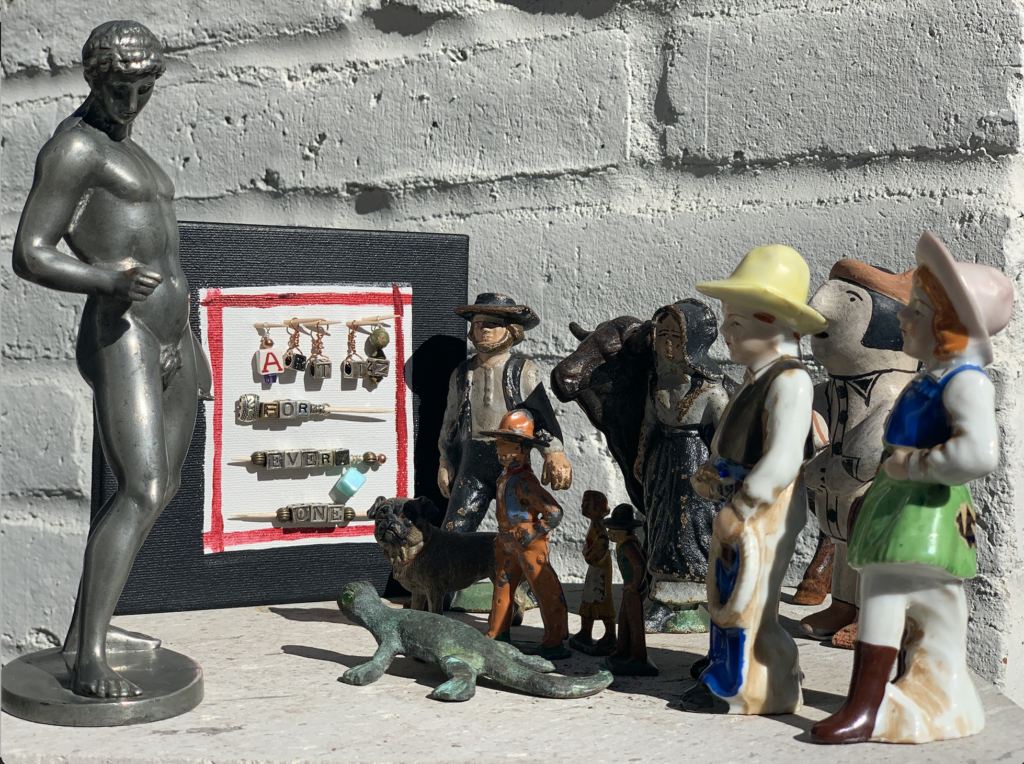 Art Iz for Everyone!

I work at Grason’s Estate Sales. It is a great job. We go into a home, generally for one of three reasons: death, divorce, or downsizing. After defining the goals, Grason’s crew of people like me enter the picture. I am then in the zone where I organize and throw things out, except that the family has already thrown out (we hope) most of anything that is not valuable or that they want. And, almost anything has value, even multiple boxes of bandaids, so we are obligated to keep and price everything from sublime to ungodly.

Anyway, you get the idea, sort, price, sell. So, I get to see many collections of things that people have consciously collected or just accumulated. To give some examples:

I picked this up in the last category. It is a discobolus, a statue I thought perhaps any woman would enjoy in her home. It reminded me of “The Scraper” (Apoxyomenos) by Lysippus. You can see why I like them, they are attractive.

Anyway, I brought home to arrange with my other figurines and to make the small painting that says, “What is Art?”

When arranging this, I realized that I was being ethnocentric in assuming that they would all be gazing at the Greek statue. I mean, who really is the art? Each of the figures surrounding the had it’s own history and story, it’s own culture. And, someone had cared enough to make a figure of a groom in a Cochiti storyteller doll, to craft the Amish Couple, the iron and porcelain cowboy(s) and wife, the metal lizard, the pewter bull and the iron Parisian pug. What really is the art?

We are now learning to use words for people before us in America called indigenous cultures. And it is confusing for there are so many people who feel unrepresented in the story that now goes into Museums. And in defense of the Museums, they are already far over capacity in their archival storage.

It does make me feel so careful not to tread on feet, while also having a voice when something speaks to me.

So, if I were to edit, I might move the people into a circle with the point still wanting to be made that…

ART IZ FOR EVERYONE!