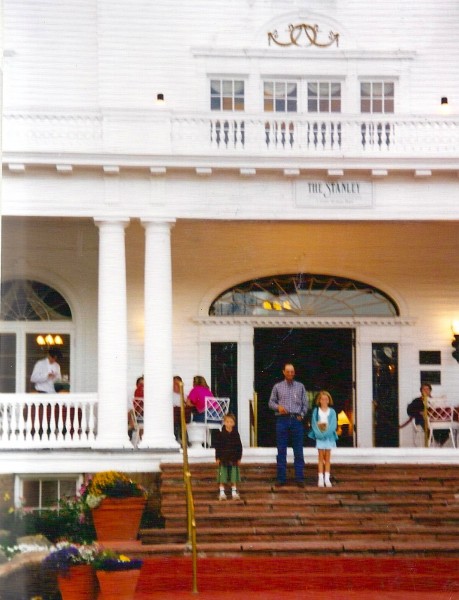 The adjacent building to The Stanley Hotel in Estes. Jack, John, Lacy Adams on the steps.

We went to movies on Christmas Day at the Ranch.  One year, John and I went to Dumb and Dumber with his funniest brother and our funniest Uncle Charlie Adams. I think it was pre-kids, don’t know the year. Our abdominals ached for a week.

But this it is a favorite of our family, in part because they also went to Cheley Camp in Estes where parts of the movie were filmed. Before Jack went to camp and we visited Lacy, as well as after camp altogether we stayed at the Stanley, that is The Danbury. 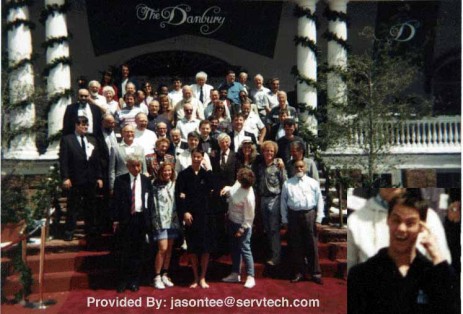 Jim Carrey and cast at The Stanley (Danbury) steps. Is this Jack at the right?

Surfboards? I thought those were beginner’s skis.

This suddenly makes sense to Harry.

Lloyd opens a box and holds up a SCANTY NEGLIGEE.

Where’d this come from?

(defensive)…I mean, you know, when a woman’s wearing it.

Harry, how many women do you know who wear a size XXL? 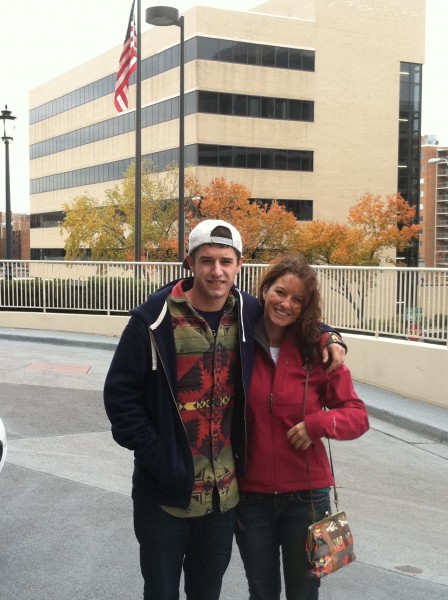 Isn't it Great?! GG would be proud. You could be a rug in her home or maybe more of a bedspread.

So in memory of Jack Lloyd Christmas:

I couldn’t help noticing the accent. You from Jersey?

Well, g’day, mate. What do you say we get together and throw a few shrimp on the barbie.

The Young Woman turns her back to him and walks away.

Guess I won’t be going Down Under tonight.

Boy, I’ll tell you, this is one dangerous highway.

You wouldn’t believe all the road pizza –two dead dogs, a couple of rabbits, a snake and some big thing I couldn’t even recognize.

That’s awful. Did you see them get hit or were they already lying there?

Harry rubs his eyes and looks at the passing FLATLANDS.

Funny.  I expected the Rocky Mountains to be a little rockier than this.

I was thinking the same thing.

That John Denver’s some full of shit, huh?

Wait a second, I have an idea.

You go over and introduce yourself.

That way you can build me up so when I come along so I won’t have to brag about myself.  Tell her I’m good-looking and I’m rich and I have a rapist’s wit.

Time out. Where are you going dressed like that?

I, uh, thought while you were making your love connection I’d try my luck on the slopes.

You mean you’re gona go out in public dressed in tights?

But you can see the outline of your who-who.

Please take over with your favorite Lloyd Christmas lines. And post!