This is only one that architectural historians and decorative arts people (antiques dealers) might find interesting. Unfortunately my books including pictures of most of these buildings is in the attic at the XIT Ranch, so there are only a few visuals.  I don’t know why anyone cares, but I have included everything from the journal so far, so I am compelled. I was an Art History teacher and focused quite a bit on architecture from 1983-1989 so I’m trying to hold back from sharing….we’ll see if it works…

July 1, 1980:  raining and cold. [I have to include this to show you that it rained pretty much every day in Paris that summer. And I was still happy as a clam.] 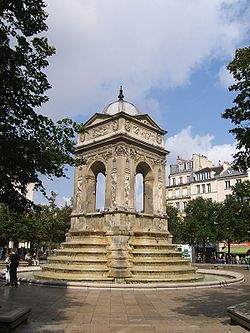 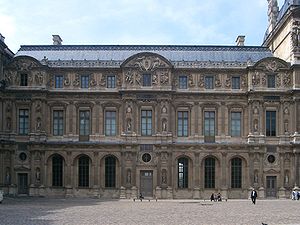 NOON-TWO (it is quite the long lunch hour in France).  Restaurant Chinois north of Louvre (19 Francs).

Raining. Ran 3 miles around Tuileries and Louvre.  Met a street cleaner & talked to him for a while. 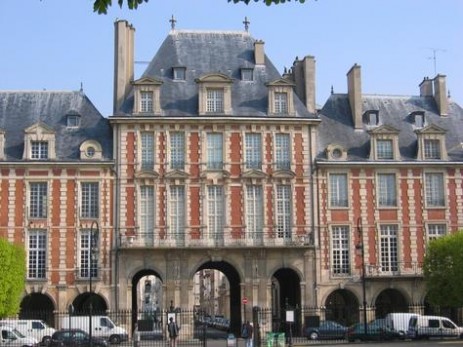 First example of city planning in a large public space. Private and away from traffice but with commerce integrated. Influenced development of the wealthy Marais District which in turn affected all of Paris.

Contract still in effect for building in this square which dictates uniform façades, red brick with details in white stone, gallery arcade on ground floor (covered to induce commerce).

Hotel Sully:  1634 Jean du Cerceau, son of Baptiste above  (l’hôtel is the word for city house, not a hotel).

Standard for a City Villa:  courtyard with main living behind courtyard and garden behind the house. Begin to see Baroque

One of the fist examples of a City Villa similar to Sully but before.

NOON-TWO Bought needlepoint at shop near college where we had a lecture at noon. (cost $40.00)

Chicken and artichoke for dinner.

dome is surprise (not seen from exterior)

dome is surprise (not seen from exterior)

proportion of glass to wall is greater than in other housing

Went to lunch with Mark (Chicago, sort of macho-type on trip.  Lives in condo on Lake Shore Drive and works in father’s advertising agency) and Allison.

Had salade niçoise-goofed around all afternoon. Met boy when I was buying fruit from UCLA who wanted to know the word for peanut butter, obviously a backpacker. Went to hotel to needlepoint.

Had dinner with Allison at Café St. Germain across from hotel! Pizza and ice cream.  It was very good, though. It had warmed up so we sat on the street and watched all the peple walk up and down St. Germain-des-Près.  Home at 10:00 to needlepoint and looked through travel books about Spain and Portugal. Bed.