The Gomer Bull: a story by way of Kyle Griffin, the Renaissance Land Man. 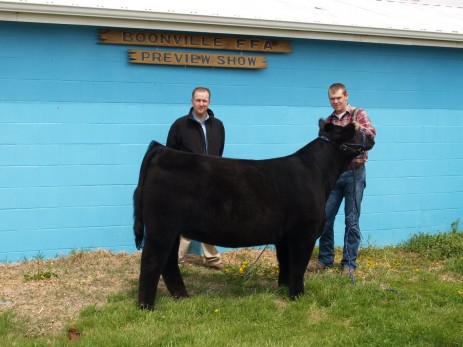 This is just some prize bull, but the guy at the right looks like Kyle Griffin who told me this story.

“You’ve heard of a Gomer Bull haven’t you?” said Kyle to Paula.   hmmm…<thinking>

Kyle is a land man from Oklahoma. We were finding some common ground in a Sat. morning chat in Wichita, so of course, facials at Healing Waters and A.I.’ing cattle. That is, artificially inseminating female cows. Kyle put himself through college performing this act, and I remember one year when John Adams did this in a specially designed chute.

He was talking about the straws (they are just this, and hold the precious more costly bull juice) which I vaguely remembered. And, the window of opportunity, which I had not. He explained that this was only 36 hours. I had thought since gestation time is approximately the same as for humans, that this would be a little longer.

I guess this explains why bulls get top seat for virility when it comes to money, though stallions up. But that’s another story. Just read Tom Wolfe’s Bonfire of the Vanities, no one could write it any better.
Be! (clap) Aggressive! (clap)
Be! Be! Aggressive! (clap)

Then, the discussion moved onto the percentage of implantation question and answers. This was his job both in his family’s cattle operation and as a contractor for others. This paid for Kyle’s schooling, so as with many agricultural skills, it is that (a skill).

Next, came Paula’s questions about technique. It doesn’t seem to matter much (trying to draw on something in a famous novel about a women wanting a child ..Willa Cather…maybe something about a position for producing female children from a magazine…but alludes me now…).

And last, identification of proper timing which does factor in. Here are Kyle’s tips for tracking the pen of females.

One simple technique for identifying the fertile is watching the ladies. That is, les girls, when in their element, will actually do saddle mounts on each other. 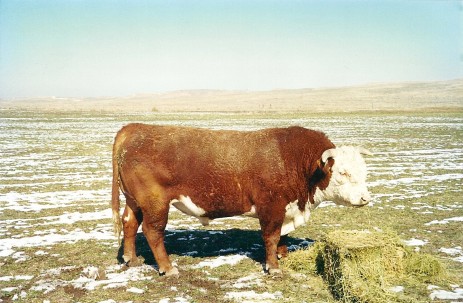 Not The Broken-d!ck XIT Bull and definitely not a Gomer Bull.

Kyle knew a few more tricks to tell me about, starting with the Gomer Bull.

Well, my father was in the U.S. Marine Corps, my sister born at Quantico, I, at Camp LeJeune, (the $6 babies). My father went off to boot camp in the summer to the barracks where Gomer lived in Gomer Pyle, USMC.  I love that song, and I really liked Gomer best here, better than Mayberry RFD and much better than when he sang gospel and opera. He looks great in the uniform, and I thought he was well-intended (though incorrect) to encourage iron pants to be more feminine. And, he’s got one on me by accomplishing the rope course on his 3rd try, that another personal failure at SME gym class, though I excel’d at fine motor skills. Who wouldn’t love to have Gomer in their platoon?

And my father, a very soft-spoken man at times, was Vince Carter when he had to do things like teach me how to ride a bike or drive a stickshift or hit a softball or shoot a basket. Still mechanically challenged as his adult second daughter, I understand now how stressful this had to have been for him, just as it was for Seargeant Carter with Gomer.

Well, a Gomer Bull is one who’s little soldier is “re-routed” (I think Kyle used) to turn at 90 degrees.

Thus, if you have a Gomer Bull, you can watch for him trying to ride the cow and her acceptance. Voilà! Work is done, shepherd the cow into pen, AI and you’re done.

I was concerned for the bull’s blue balls, for want of a better word. And, as I feared, he does not get the job done.

Okay, back to another identification technique:  K-Mars.

K-mars are a strip of white tape put on just above the tail of the cow.  Kyle said they work kind of like those necklaces you break open at rock concerts and they light up. I was thinking more like scratch and sniff since it’s a tape. Anyway, some kind of chemical thing. Google it if you care, but you get the picture. With this taped firmly on the cow’s derrière, when bully bob is on top, the friction turns the tape orange. Bull dismounts, check tape, got’her done again.

And the third technique: the roller ball muzzle.  I can only envision this, and Kyle even tried to google for some pictures for me on a AI website but I have no visual. I’m thinking it’s kind of a “demi” size silence of the lambs contraption that fits over the bull’s chin.  Below the chin on the mask (muzzle), is a paintball that operates just like a pen and marks everything it touches.  I forgot to ask all the questions here, but in general there is lots of inhaling (these noises I’m well aware of, kind of some hawing and begging). As soon as bouche à fond (mouth to bottom), the bull leaves his mark. Once again, alerting the A-I-er  that the gal open for business.

Okay, that’s it. Any questions?

By the way, Kyle’s friend from OSU just did the design of the bull that earned Grand Champion earlier this month at the Denver Stock Show. When I say design, he looks at all the muscling, aesthetics, confirmation, etc. of bull and pairs up with the appropriate cow, engineering the match of  spermatozoa to ovum.  The Grand Champion of the 2011 National Western Stock Show Super Point Roll of Victory (ROV) Angus Show was DAJS Shockwave 612, May 2009 son of Gambles Hotrod. And, it is kind of like corvettes and hotrods, it’s all show.

Big time bulls like this never get to see a cow, they live in a lab somewhere owned by New York businessmen.

“How sad!” I said to John Adams, “to be the big stud on the block and then to never get to be with a real woman.” John said they are way too valuable and they might, “break a leg or something.”

One comment on “The Gomer Bull: a story by way of Kyle Griffin, the Renaissance Land Man.”