Praying for Rain at the Scottish Rite Temple. 1st and Topeka. Wichita.

I know that I should be sketching more in Kansas. It is meditative. I sketched my way through France and it rained everyday; the Loire Valley, Morzine, Paris, Bourges, it didn’t matter, it rained.

I’ve only sketched twice now in Wichita and both days it has rained while I was drawing which we sorely need. Big, juicy drops that puddled the felt tip lines and created their own thunderclouds on my drawing. I love this, it’s like felt tip watercolors.

So, something compelled me to turn right at the Orpheum Theater on Broadway at First Street. When I saw the curved wood & iron balcony on the turreted corner, there was no choice but to get out, photograph, draw. 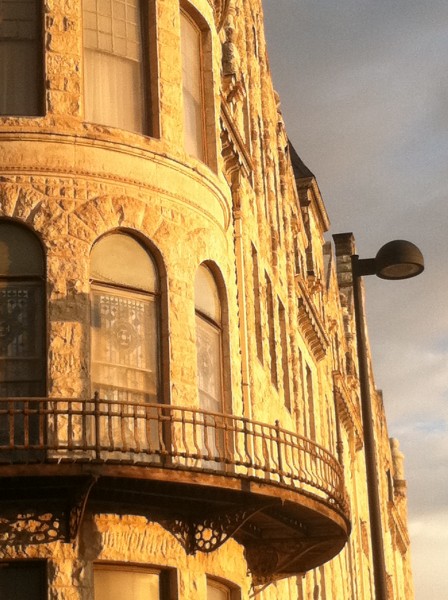 I want to stand up there so bad, so I guess I will draw and imagine...

The sky was a dark blue grey, so the subtle colors of the leaded windows were vivid.

The colors aren't vivid in this photo but think aubergine, aubergine, Grueby green, milky cornflower....Louis Comfort Tiffany when he was alive.

And just as I was getting close to winding it up, the Rain Came! And I realized that I was at the Scottish Rite Temple. 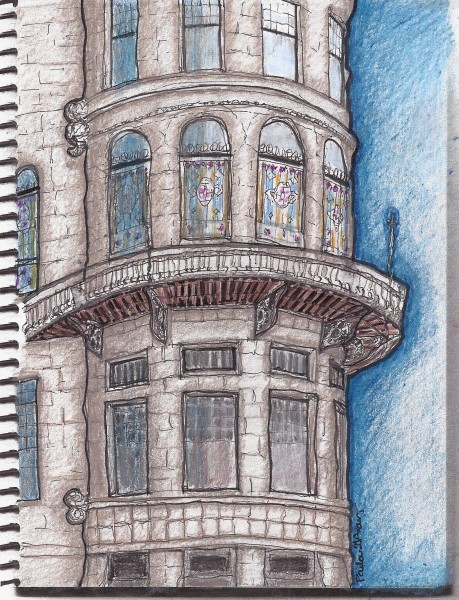 This is all I can say about the numerous google pages I have read about Scottish Rite and Freemasonry and it’s not even my words.

There are “three obligations” which include:

This seems like five, so maybe you only have to do three. Other than that, it was so esoteric that it eluded me, so I’ll offer no more.

I do think they always have the coolest lodges or “temples.”

Temple definition: a building devoted to the worship, or regarded as the dwelling place of a god or gods or other objects of religious reverence.

But, after seeing the above stated values, I guess God and Jesus (who probably never thought in terms of temples anyway) must not have a problem with this being a temple so who was I to fear it as cultish?  It probably came from the DaVinci Code or some movie anyway. 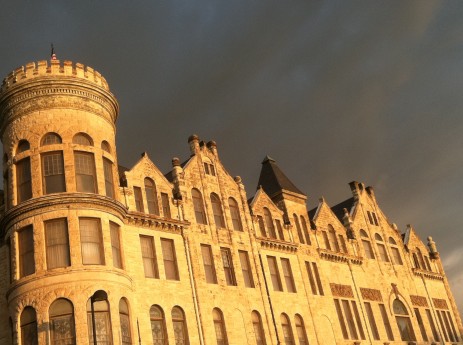 I'm sorry, but I still see bats and think it could be a great backdrop for Damien IV.

I can imagine that God might feel, as I do, that the design of these buildings gives beauty back to the street and to the cities in which they were so painstakingly designed and constructed. Thank you Order of the Freemasons, for doing your part.