Belles of the American Royal 82 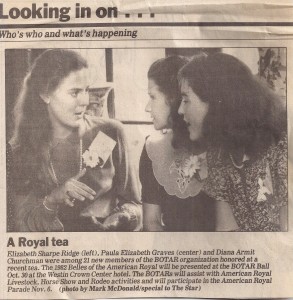 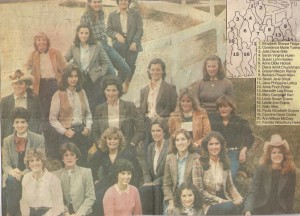 By the end of it and all the articles, we’d all had our share of time in print. Barby Allen’s was most impressive and she’s lived up to the write-up.  We probably all had horseback riding lessons at Allendale, so this was most appropriate; and she has served the state of Kansas in public office and still rides for competition. 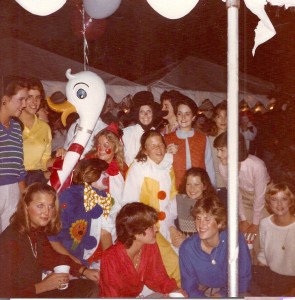 This was a particularly great party hosted by Lou & Dom Tutera & Connie Tutera Mendolia. Boss man spent a lot of time here during Pembroke tenure. He has recounted fond memories of experiencing family with Nonnie, Lucille, Connie, Mike, Peaches and Joe, all in context of Dom’s beautiful western bronzes and lots of pasta. 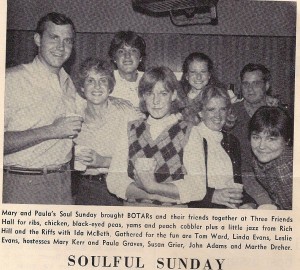 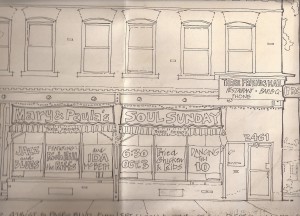 All the BOTARS hosted separate parties. Mary Kerr and Paula Adams had theirs at Three Friends Hall at 27th and Prospect. It was collard greens and black-eyed peas with jazz from Rich Hill and the Riffs featuring the one and only Ida McBeth. We invited our friends, so Kathy Kindred Noonan, Susan Grier Campbell, Marthe Tamblyn, Mary Landon and Dave Kerr were there. 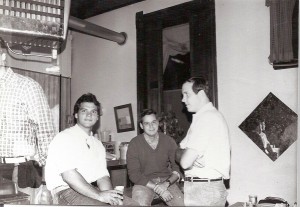 Mike Tutera, John Adams, Tom Ward. One of many appearances Mike put in for John. 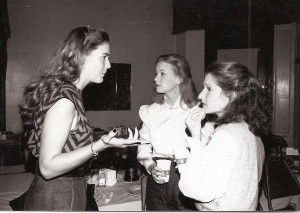 "Betsy, Mary: the most beautiful homecoming queen of SME ever, Paula 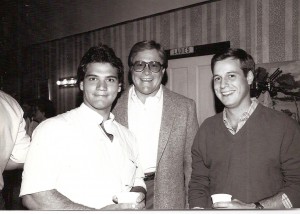 You had to have these two guys at any respectable KC party in the 80s. 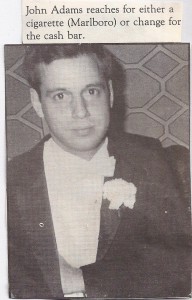 Sorry Ree, here's the original Marlboro Man as photographed in 1982 by Jack Rees, Jr. a KC Artist, in KC Style. This was when you could still smoke in confined spaces. He's got'em and he still smokes'em but not in the house. Meet him outside.

This is my escort John Adams. He was also my fiancé.  A BOTAR cannot be married, but can be engaged. I think being engaged at your debut is a little like selling the cow before the auction but the Ward-Graves women went young. Why didn’t my mother warn me about a man like this?

7 comments on “Belles of the American Royal 82”