“…if ya don’t say it’s a Fine Mornin’, I’ll shoot-cha!” The Sheriff of Mission Farms.

Sun’s comin’ up over the waterin’ hole… 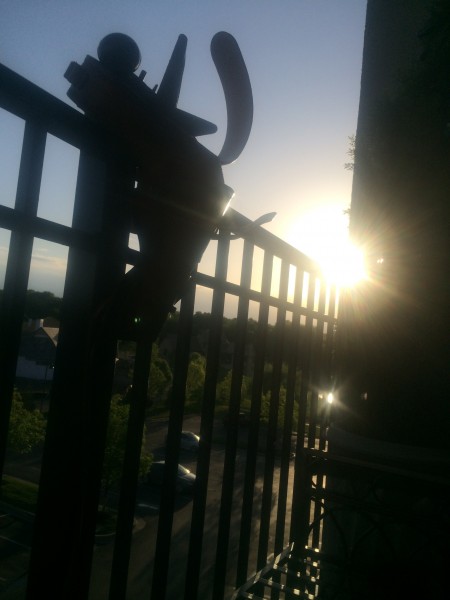 I never needed resumé or an interview, I just knew it was mine.

I actually knew that this general area was my calling where I lived before, except I had a different badge.

Here’s a picture of that perch. I think Rose really felt she had to patrol most of the time, but I still put out my shingle. I’ll put her picture first, as she’s always telling me I’m stealing her show and probably correct. 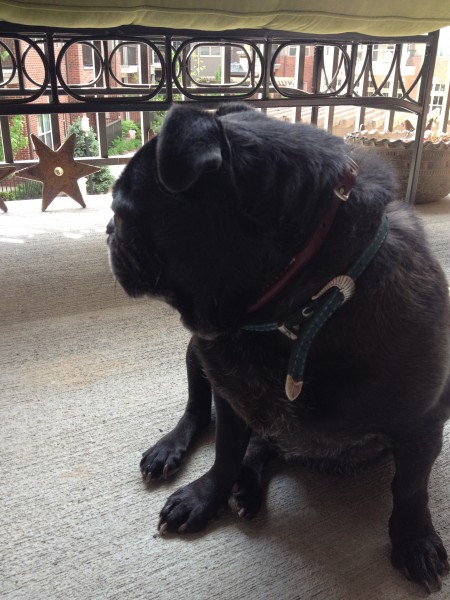 Can you see how I wore it? 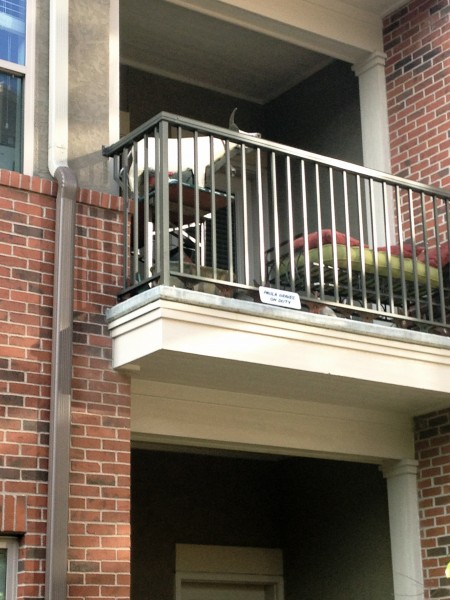 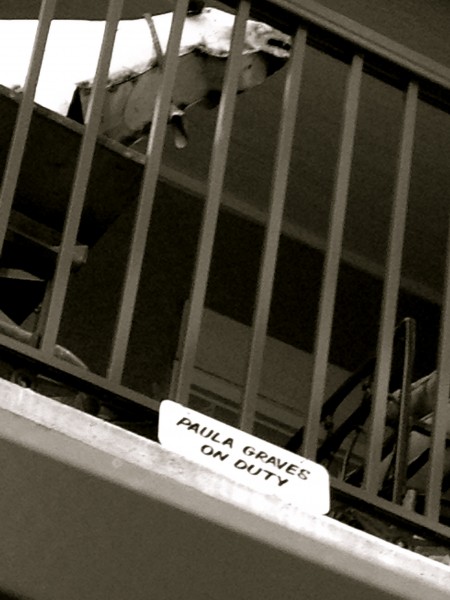 Who wudda’ thunk after never working my way out of the Prairie Village kiddie pool complex, that I’d end up by this Village?

Right here by the pool and grills… 2nd floor just right to somewhat ‘see and only kinda’ be seen’, close enough to leap if I saw the need? Chuck Beatty my old boss would be proud.

I mean, I barely passed the written Red Cross Test at PV Pool and quite certainly failed the near-drowning carry. Yes, my diving pool rescue drew blood upon the back of my victim as I hoisted (scraped-drug) him across the pool gutter to the safety of pavement.

Yet here I was again, at a different Village Pool, now in a very HIGH chair, my sign in place. Like the kiddie pool, it needed a Small Woman around to Keep Order.

Actually, to be honest with you, the Prairie Village Kiddie Pool really could have used some guy guards…

David and Mike tired of that hike down from the basket room when Dirty Old Flasher showed up in his loose ones, ‘goin’ Cowboy’ as my sister from Rochester, New York sez’. We never used that term on the ranch.

And, I’m thinking it might have been mutual enjoyment for the young mothers to have them around. Or at least, they might not get a dirty look when doing the job.

I averted many a resusci-baby, [carefully watching & waiting so as not to overstep my bounds or cause embarrassment], but was always ready for the occasional

inadvertently interrupting an intense ‘moms’ conversation. We’ve all been there, it’s in no way a criticism

Now, I’ve already gone off on a tangent,

in the event that someone questions that I’m qualified

The Sheriff of Mission Farms, East side.

I won’t get into my responsibilities on the West Side of Mission, that’s another story. But, to vaguely reference, sometimes one has to put one’s boot in my mouth to understand exactly what motivated me to hang that PV Pool Plaque.

But this was a sign, this first sign, that was pointing me in this direction of my new Post, Sheriff East Side. And upon my departure, Doug & Anne, high school friends, rented my place: #206. It was important that I’d been in this position first, why else would they have taken over as Scouts if it weren’t also to urge me to head East?

So, I’m now here, have been for six months. And a few weeks ago, I received this email. 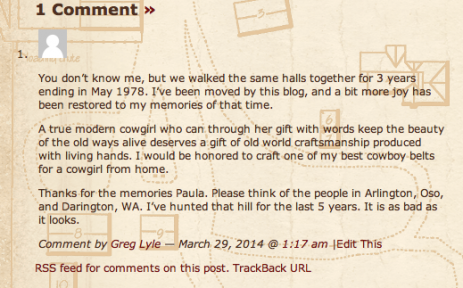 We corresponded for a few days, about art, making stuff, writing, SME Halls, families, firecrackers at graduation (yes, Greg did it), work, and belt size.

And, a few days later this arrived by way of his brother’s salon in Old Overland Park, fitting. 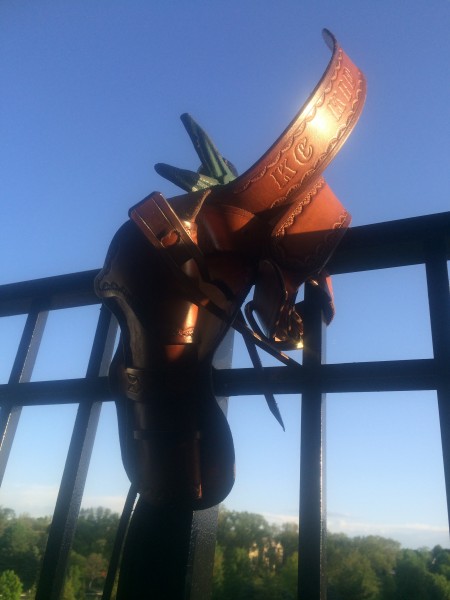 KC Kid. This was all it took, the Job was Mine. I was needed back East.

So that’s the story of how I became

But, of course, there’s more to the story…

And more beautiful pictures of my Decoration: the Holster, Star badge, bullet loops…

One comment on ““…if ya don’t say it’s a Fine Mornin’, I’ll shoot-cha!” The Sheriff of Mission Farms.”